"All it took was faith, trust, and a little bit of pixie dust" to dream up this amazing Peter Pan Party for my kids' 2nd and 4th birthday!


This is really the first party I've ever actually planned. Their past birthdays consisted of just a few balloons, streamers, colorful plates, and...dare I say… store-bought cake. I wanted to go all out this year with decorations, costumes, games and desserts. It was surprisingly easy to pick a gender-neutral theme because they BOTH have insisted--every single day for the past year--on watching the 1953 Disney's Peter Pan. I'm thrilled that my kids love pirates, fairies, and mermaids as much as I do, so I had a great time putting this all together. 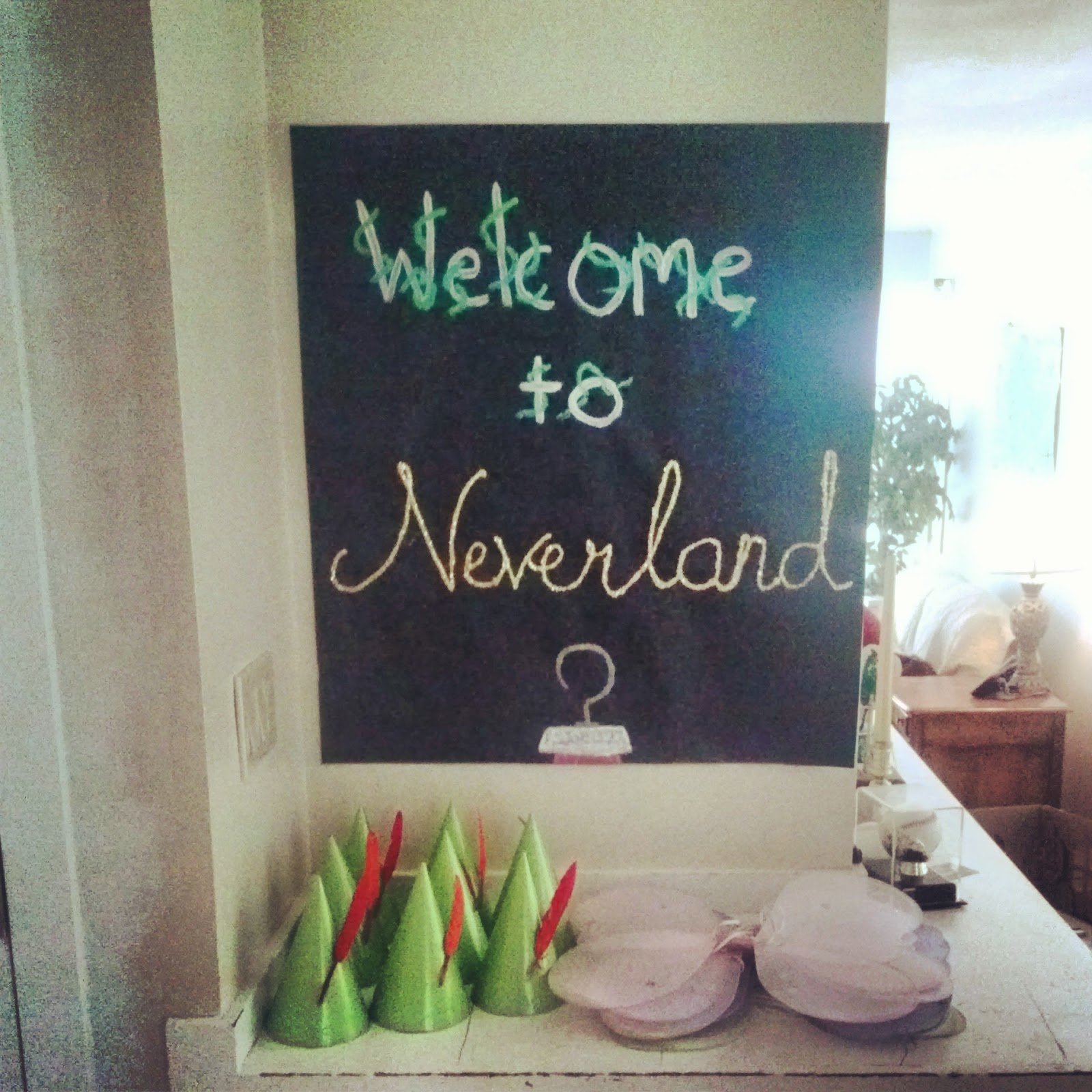 When the guests arrived they were greeted by a a big "Welcome to Neverland" sign and picked out either Peter Pan hats or fairy wings to wear. 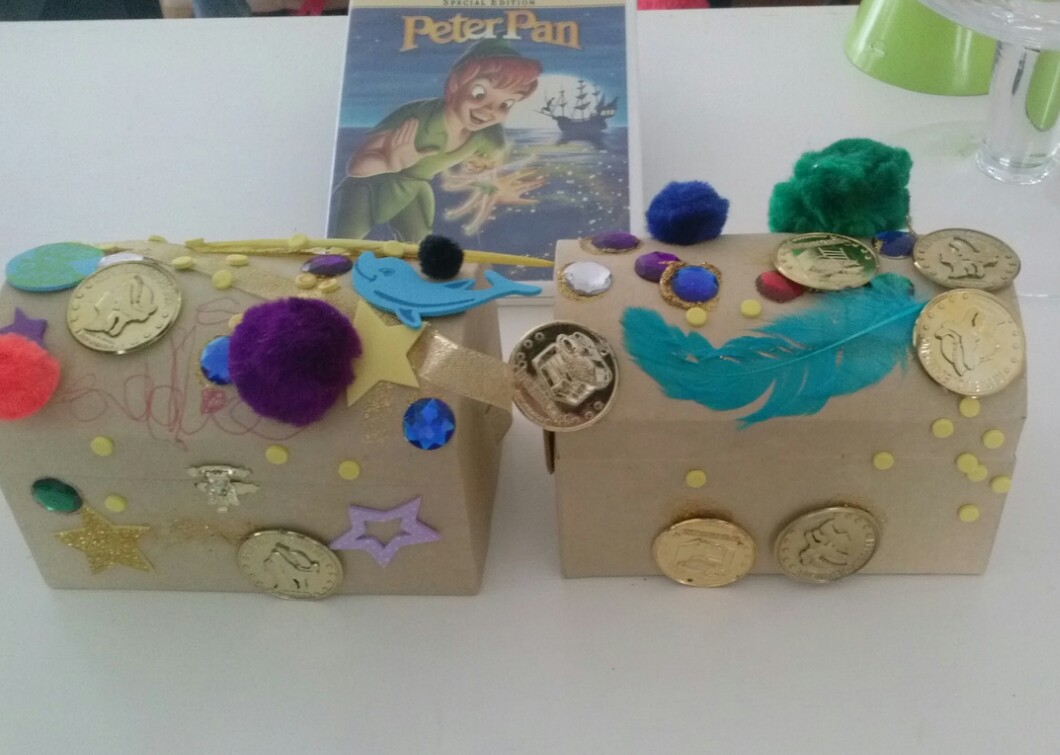 Everybody got to decorate their very own treasure chest while waiting for the pizza to arrive. 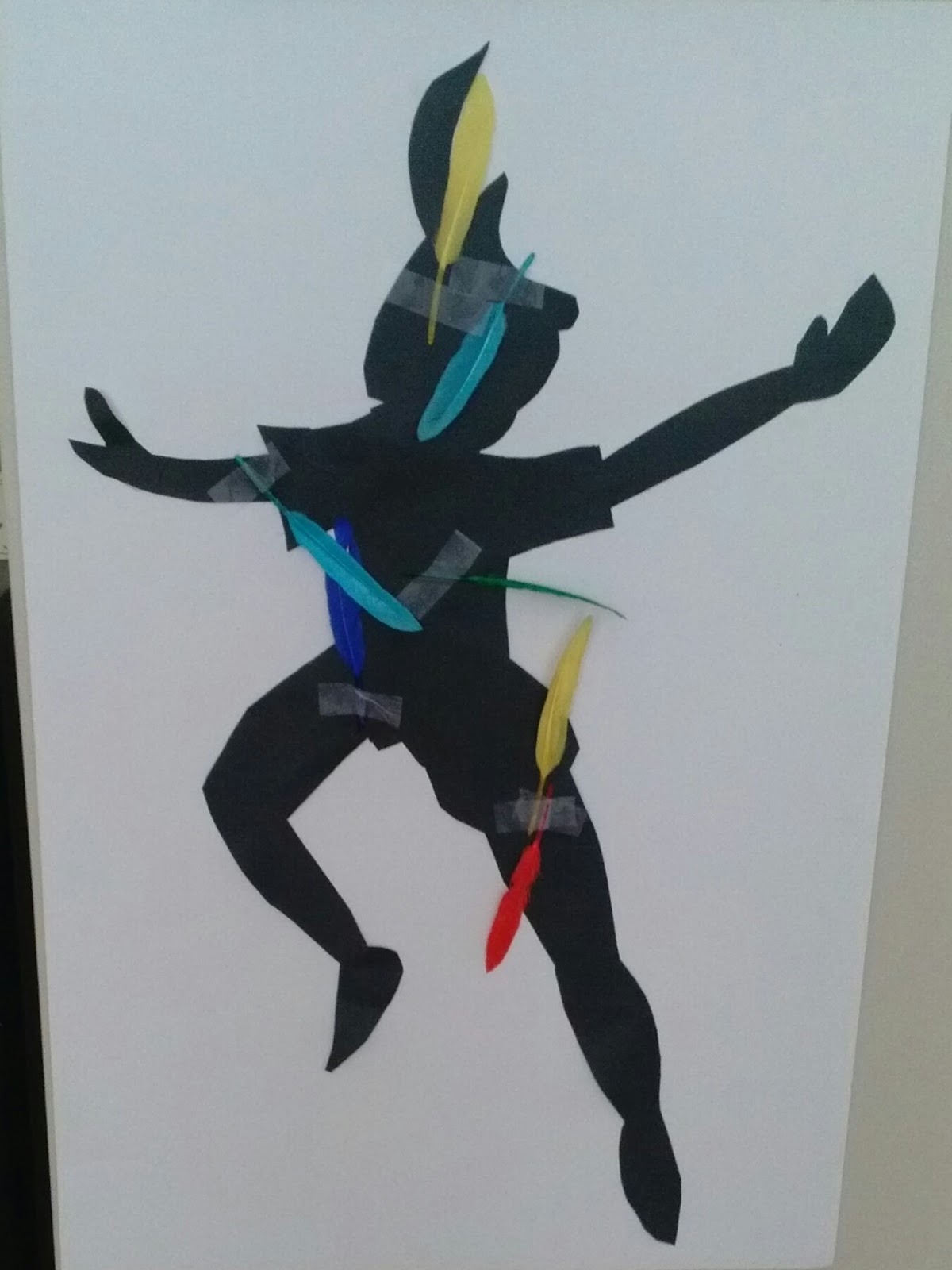 After lunch, I gathered all the kids to play Tic Toc Croc Ring Toss

and pin the feather on Peter's Shadow. I put out a Giant Cardboard Pirate Ship

the kids could play in while waiting for a turn. 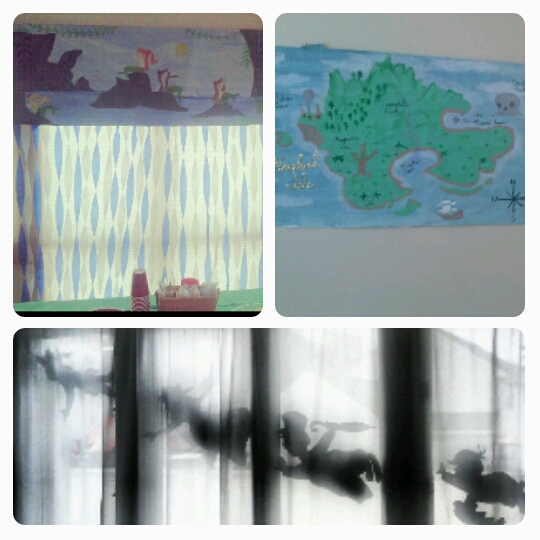 For decorations, I cut out shadows of Tinkerbell, Peter Pan, Wendy, John, and Michael put them in the windows. I painted a map of Neverland and hung it above the couch. I also painted a Mermaid Lagoon and taped long strips of blue and white streamers along the bottom to look like water. 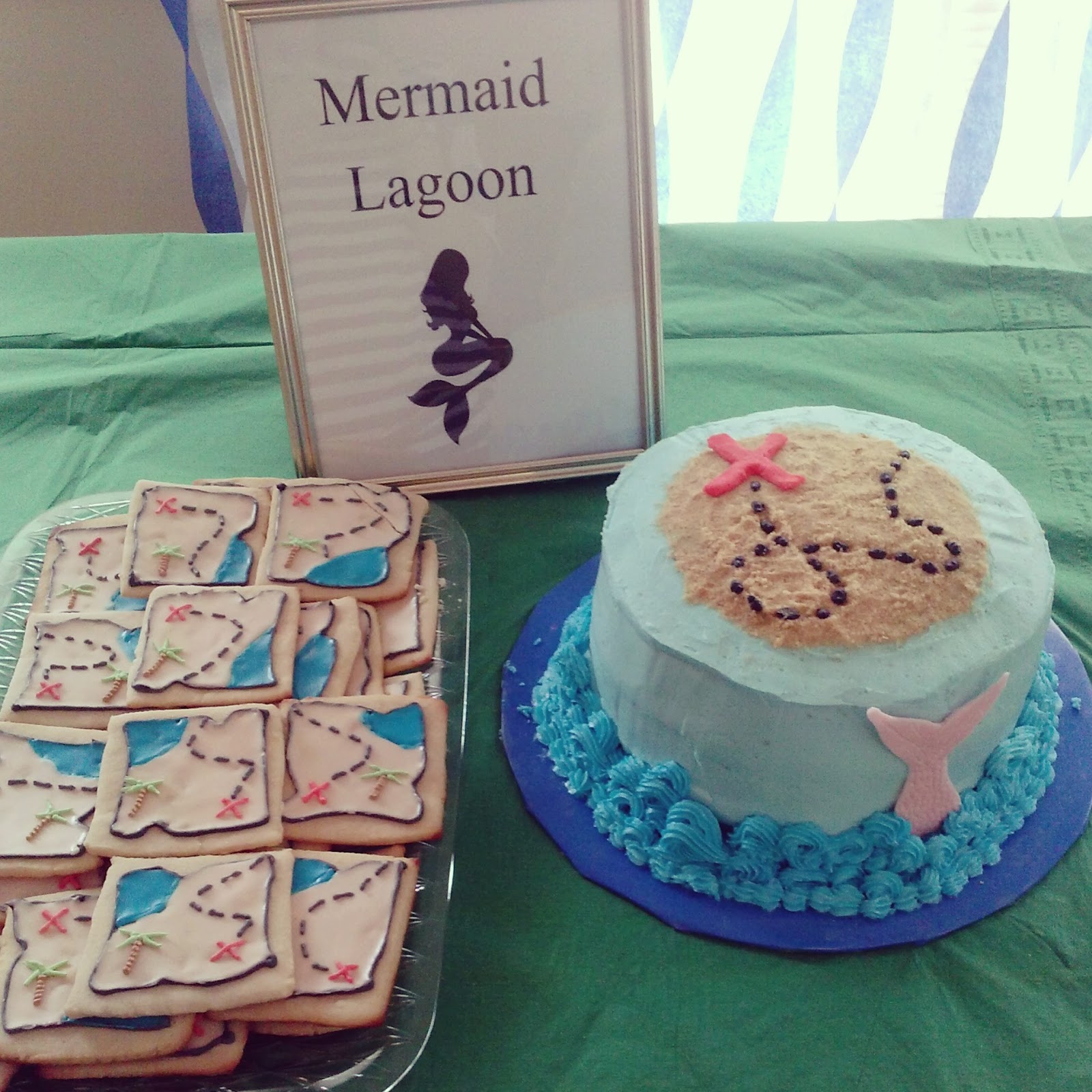 The treats were awesome! I go into delicious detail in Peter Pan Party: Part 2. 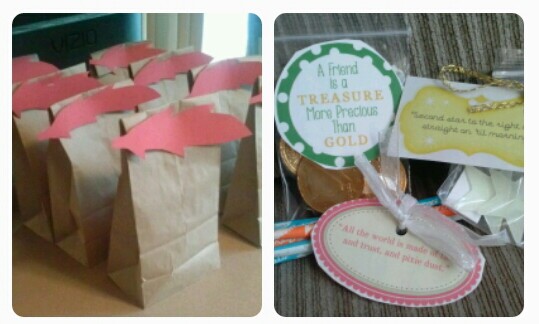 For the goody bags, I used simple brown paper bags and attached a red-paper feather. Inside each bag, I included chocolate gold coins

("second star to the right and straight on till morning!")


The party was a huge hit! Everything went so smoothly... all the planning, crafting, and baking were so worth it!
Posted by Unknown at 2:34 PM 2 comments: 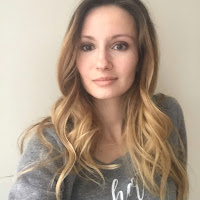 My name is Amanda and I was bit by the baking bug. Please follow my blog to find out more about my adventurers as a home baker.